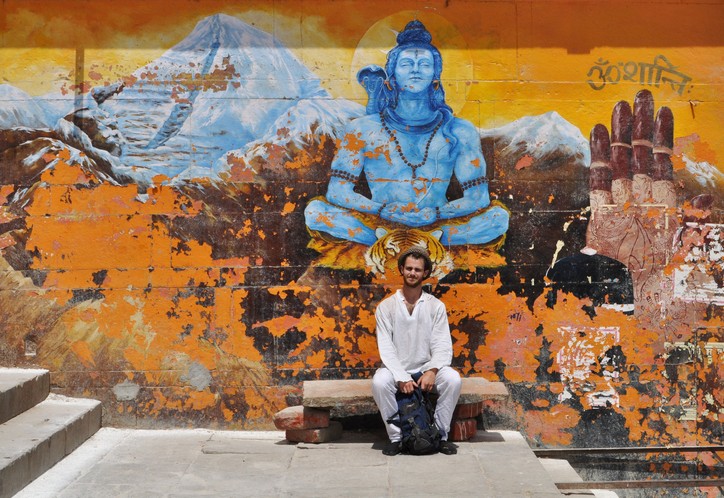 "Of all that is good, sublimity is supreme. Succeeding is the coming together of all that is beautiful. Furtherance is the agreement of all that is just. Perseverance is the foundation of all actions." - Lao Tzu
Ravi Shankar - 01 Homage To Mahatma Gandhi by bestoked
The devout, the dead, the dying. All can be felt, seen, and heard as one wanders the ghats of ancient Banaras. Lord Shiva founded the city 5,000 years ago. Since then humanity has occupied it, making Varanasi one of the oldest continuously inhabited cities. For Hindus, there is no place more sacred. If a Hindu is to die in Varanasi, so will their soul separate to a place beyond the circle of life and death; "Moksha." It is why thousands of Hindus across the world will reach the walls of Varanasi before their bodies collapse. But it is much more than a holy place to exit the path of reincarnation. Varanasi and the surrounding area have been a focal point of divine thought for thousands of years. Just a short 10 km away Gautama Buddha taught his first Dharma in Sarnath.

Being in the presence of so much spiritual energy and ancient knowledge was enough to take in, but much more happened that brought my soul in a series of places it had never been. These or other experiences could not be captured on camera, either for the threat to my camera's functionality, our personal safety, or the respect towards the dead and dying. Here's a good first example. 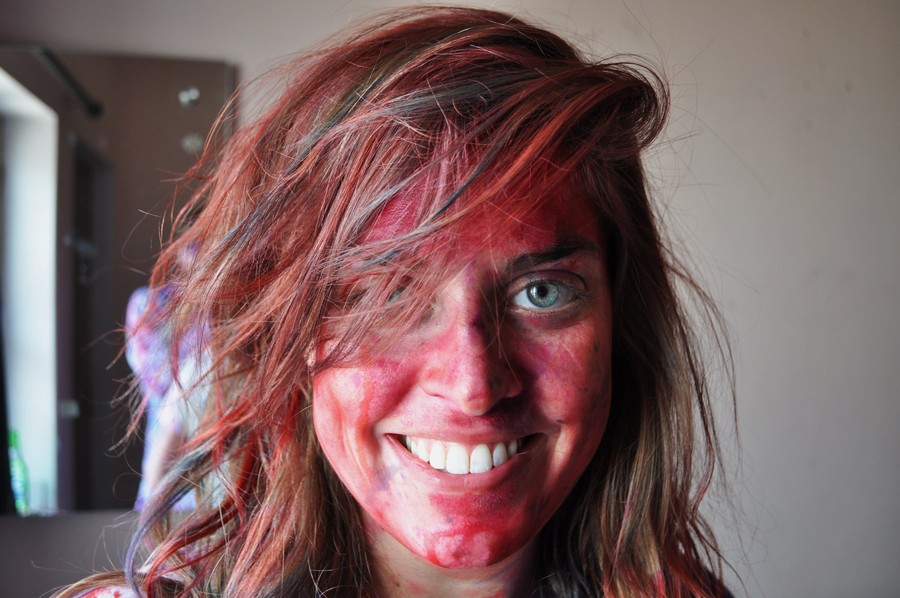 When Jackie and I arrived, we thought we had come prepared: 1,000 balloons, 6 bags of powdered dye and 3 squirt guns. Shouldn't that last a whole 24 hours of water fighting? Hardly. Much of the reason had to do with the fact that Holi in Varanasi does not start on the morning of, it starts the day before. We arrived at our hotel and within 30 minutes we were lobbing balloons from our balcony in every direction. From the streets, to rooftops, to other balconies, local children familiar to this annual festival had come armed and dangerous. We were no match for their deadly accuracy alone. By the time we had finished throwing one round of balloons, the entire balcony had been plastered in blue, purple and green. 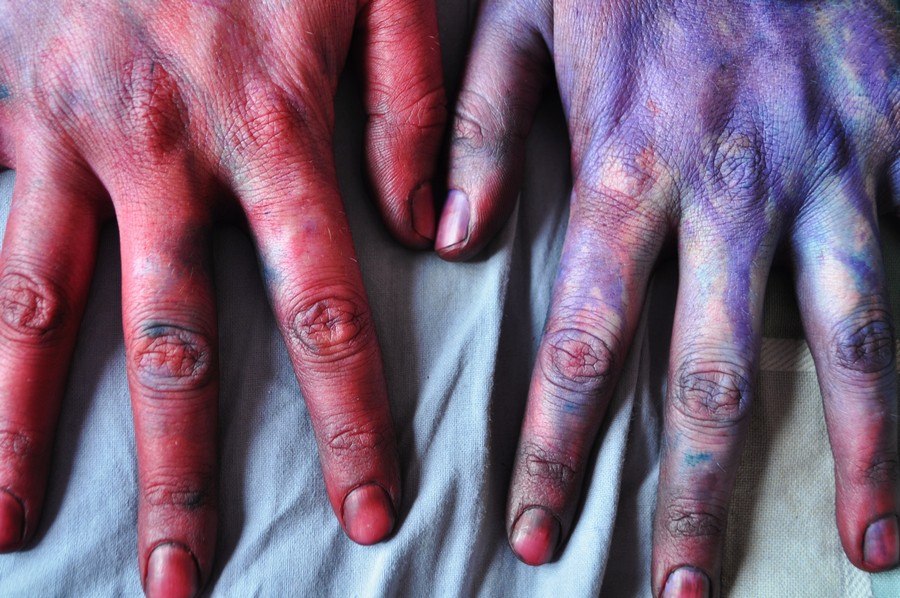 All that was left were our squirt guns, and their range and predictability were easily evaded by the tricky, nimble feet of the children. Jackie and I took a second to look at each other. We were completely covered from head to toe in dye! To make things worse, we were out of colored water to defend ourselves. I grabbed the door handle and Jackie grabbed the bucket. Without a moments hesitation, we slipped inside our room. A roar of laughter and barrage of balloons were sealed away as the door slam shut. 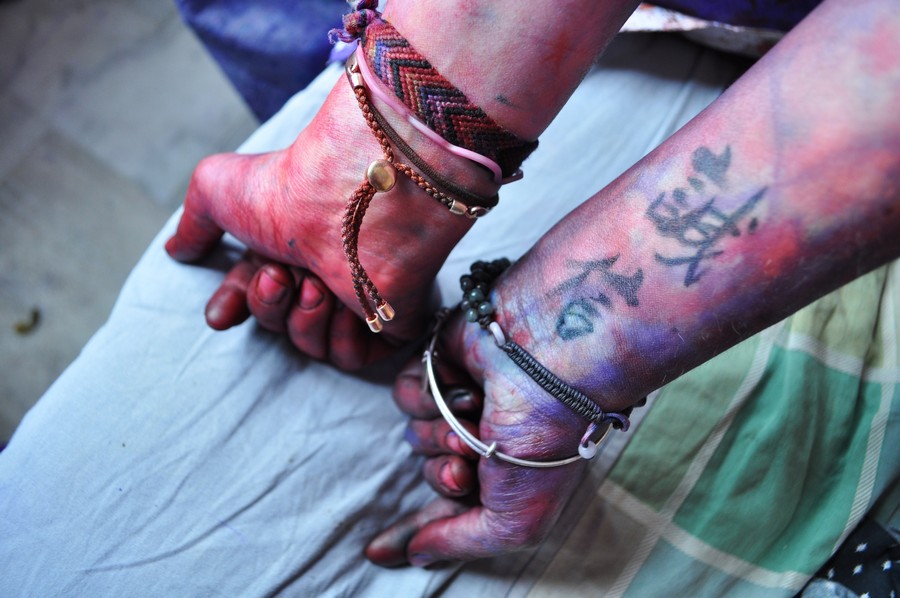 As we sat down to rest, fill our bucket, and reload our munitions, we heard the slam and bursts of water balloons hitting the balcony again. This time, the targets were the German tourists next door. They quickly became outnumbered as children emerged from every balcony in valiant camaraderie. We knew it was our duty to assist our hopeless neighbors; after hitting them with balloons a few times, of course! Out we came in a flurry of balloons and squirt guns. The battle didn't last long, even with the help of some other friends upstairs in our hotel. We simply couldn't match the sneaky accuracy of these children. A cease fire came as both side's munitions either broke (our squirt guns) or emptied (the children's water balloon supply). But everything was far from over.


Jackie and I headed for the rooftop balcony to rest, only to find that another hotel nearby was fully plastered in dyes as well, throwing balloons 6 stories below onto unexpecting children and tourists. I couldn't resist any of these targets, including the hotel guests who had no idea I was there. I came sneaking back up from our room readied with a bag of balloons. Since there was a house in between, I could not be sighted by the unexpecting guests of the adjacent hotel. I took a wild guess and started lobbing the balloons over the adjacent rooftop. Some or all hit the faces and bodies of these tourists. For over an hour they could not figure out where the balloons were coming from! When I had finally been spotted, I quickly became outmatched and retreated to the hotel room with Jackie. 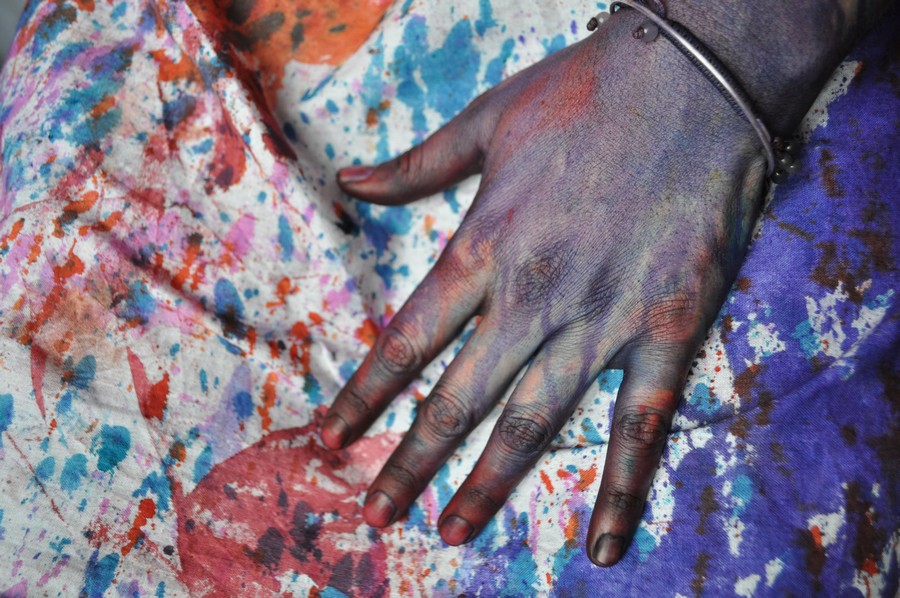 As fun filled as this first day was, it was all that Jackie and I would experience of the good festivities of Holi in Varanasi. The day of was something not to be favorably remembered, but is worth mentioning for the sake of anyone who reads this and decides to relive this story themselves. Varanasi, by all means, is not a safe place to be for Holi on the actual day of celebration. We had been strictly warned not to leave the hotel before 11am, and that we obeyed. But expectation of fun and joy kept us from staying inside any longer. What we encountered was far from either. Drunken men came stumbling down the streets, hung on the shoulders of their friends, completely covered in paint. They were no friendly bunch. All of them immediately targeted Jackie in a way that was beyond a comfortable interaction. What began as a day of festivity became a day of serious concern. I became a protector along with two other friends from the hotel for Jackie's personal space. Some turns around corners were not taken; at one point, a man could be seen threatening another with a knife raised high in the air. On the city streets, motorcycles wobbled full speed in zig zag formation with 3 plastered men asking for intoxicated death in their holy city. I came to this conclusion: when given a drink, Varanasi's men are completely absent of respect and honor. This matches my feelings of hate and criticism for the idea of personal space being obsolete in a country so filled with historical and cultural beauty that represents the body as sacred, especially that of a woman. Whether it be the absurd history of fabricated respect for women or the sexual insanity of men who cannot live up to their culture's sacredness towards women, all of it brings me strong disappointment. Whoever is to visit Varanasi on the day of Holi should be very, very careful, for the celebration is nothing but a wash of violent, intoxicated men. 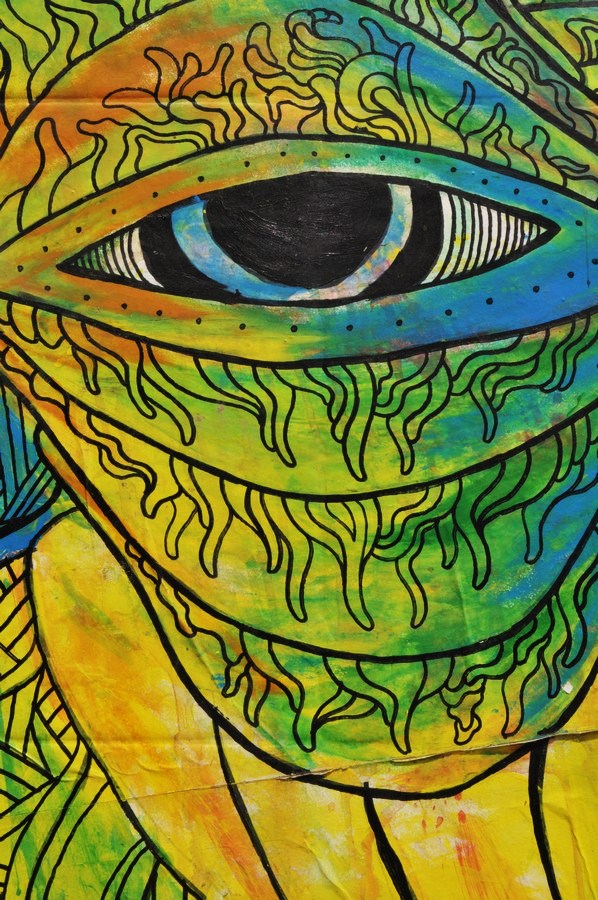 When the coast was clear later on that evening, and the intoxicated mess of humanity had collapsed on the ground or somewhere else, Jackie and I took to the ghats for an evening walk. Our journey would end at Manikarnika Ghat, also known as "Burning Ghat."

At first, I was frustrated because I had not brought my camera. I quickly realized, however, that nothing would have been more disrespectful to the mourning families or cremating bodies I saw than an instrusive photographer. As Jackie and I stood at the entry to this cremation ground, a holy man approached us. He gave us a tour of the area, and politely explained how the entire process works.

When a man or woman dies, their partner along with other family members bring the body to Manikarnika Ghat. This journey varies from hundreds of miles to the adjacent rest home where the old and dying await Moksha. After bringing the body to the cremation grounds, the partner or closest family member of the deceased has their head completely shaved. The deceased is brought to their final resting place on the shore of the Ganges. There, the body is dipped in the waters to remove all sins and smeared in sandalwood paste, ghee, and other scents. Depending on the deceased caste status, the body is brought to a pile of wood (composed of 5 different tree species) on a specific tier of the ghat. To light the body, the Eternal Flame of Lord Shiva is used. This fire, which resides on the grounds of Manikarnika, has been burning for over 5,000 years, kept constantly lit by watchmen 24 hours a day. It takes at least 1 and a half hours for the body to burn, and it is strict tradition that no family member shed a single tear. At the end of the ceremony, the partner or closest family member takes a large ceramic pot and tosses it over their shoulder to release the spirit of the cremated. As the pot crashes against the dying embers, the person must never look back, lest they want their deceased partner/family member to follow them with their ghost for the rest of their lives.

Jackie and I watched two entire cremation ceremonies, one for an "untouchable" (a class rank preserved even with the caste system abolished), and one for a middle class citizen. While watching the middle class citizen's body burn, something extraordinary happened. As the white linen soaked in scents and sandalwood burned away, the arms of the body appeared. Certain muscles deteriorated faster, and because of this, the lifeless arms spread themselves like wings. When the fire had been burning for almost an hour, the right arm began to move again. It slowly reached up, out of the raging inferno, and up towards the night sky. There the arm froze, awaiting salvation of Moksha as the head, torso, and lower extremities dissolved into ash.

A powerful moment it was, watching this body reach out and away from the circle of life, separating from the reality I knew. There is an unmatched feeling that certainly comes to one released from the pains and sufferings of Earth. Why would one want to experience woes in a continuous circle over the eternal escape to Moksha? It was this thought that dawned a powerful epiphany within me: I am thankful for pain and suffering as much as pleasure and happiness. Some may find me crazy for giving such praise to misfortune. But in my life, something greater always lies out beyond my darkest roads. There's not a doubt in my mind that they all end in some new, beautiful, unmatched feeling of bliss that cannot be felt without someone taking the road themselves. I need simply listen to a single word of the wise to light my way: 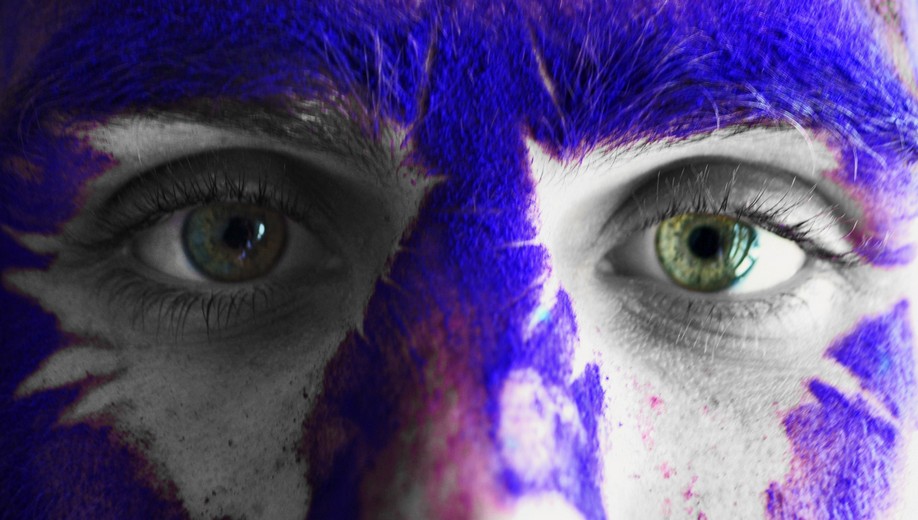