A Home Away From Home

I got on a roller coaster on January 2nd and the ride hasn't come to a complete stop yet. Upon arriving in the late evening to Delhi, I grabbed a prepaid taxi from the airport to the YWCA International Guest House. The people working there are incredibly nice and helpful, and escorted me immediately to a room where I first first met Nick, a participant of the EAP program from UCLA. I got some good sleep and in the morning met the rest of the crew, a small group of 6 adventurers all looking for the peculiar, ridiculous, intense, and fascinatingly beautiful experience that would come with living in India. Azzar, Adam, Jilly, Matt, Nick, Shaine and I soon realized that with so few of us on the program, one thing was clear: we would all stick together under one roof, or risk never seeing the other half of our program outside of classes. 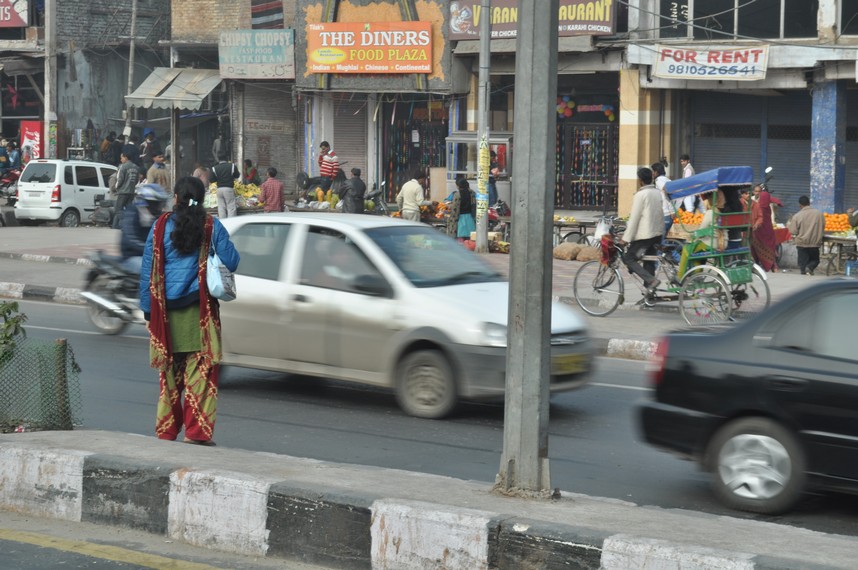 I had come prepared for changes in standard of cleanliness. I soon found out this preparation was completely obsolete. Horrendous smelling sewage seeped down a wide open canal adjacent to my footsteps or spewed in an ooze all over the sidewalk from a broken pipe. I was not prepared for how bad waste management actually was, and so my first lesson came quickly: it's impossible to fully understand how putrid this place is until you are right in the thick of it. Then comes the second most renowned part of the chaos; traffic. If barging through city streets on a bus, autorickshaw, or taxi didn't pose pandemonium enough, its partnered with the absence of lanes, lights, and an onslaught of horns. Everyone, I mean everyone, honks their horn whenever they feel like honking it for as long as they feel like honking it. You cannot cross the street without j-walking through a sea of cars all sending out their stress signals: horns, high beams, and heavy thumping Bollywood tunes. Sacred cows stroll the sidewalk, respected as a local citizen. Bazaars sprawl beyond their borders and all over the city streets, selling absolutely everything you could possibly need to survive. There's just no organization to it at all. And in a way, it's what makes this country so awesome and beautiful. I love it.

We found an apartment in Mukherjee Nagar, just north of Delhi University. The difference of this region to the YWCA and Connaught Place was striking. We went from sleazy/skeezy to a beautiful, lively, homey sector of comfortable apartment homes. And such an amazing landlord greeted us! He had done some recent remodeling on the place: a paint job, lighting repair, and internet connection. Our apartment is on the top floor of a three story apartment building. It is massive, and also has access to a private rooftop balcony. We couldn't have asked for more. And on top of that, we are walking distance to a grocery store, a massive bazaar, countless street food vendors and restaurants, and best of all, a Bollywood cinema. I cannot wait to delve into that field of movies. To give you an idea of just how absurd Bollywood is, check out a quick compilation of short clips from several Bollywood classics. 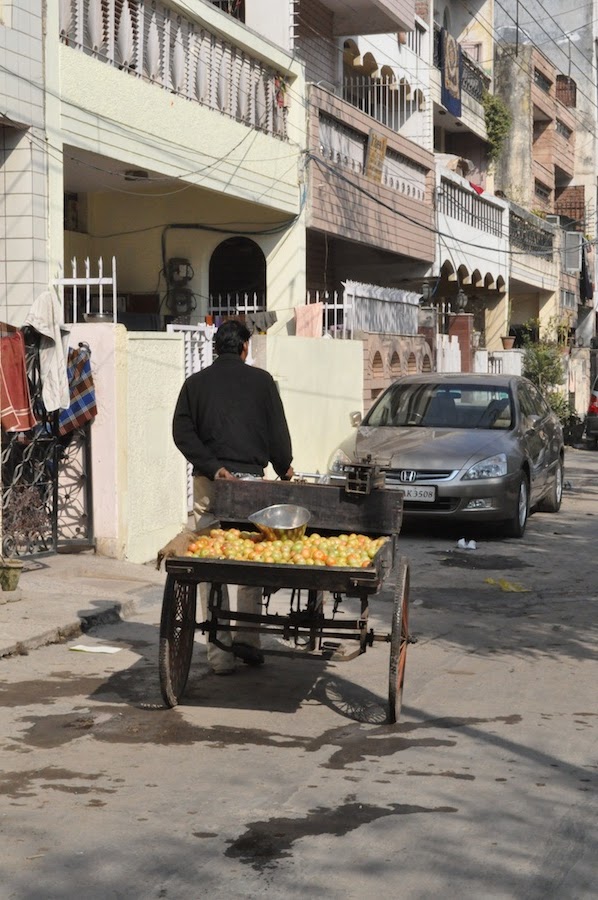 Wallahs are a new form of service that I never knew existed fully until I got here. I knew about Dobis, which are people that walk from home to home, pick up your laundry, hand wash it, and then iron every piece of clothing for you for less than 25 cents a piece. But I now understand they are a part of a greater community of the wallahs. Some wallahs sell vegetables and meat from its raw state to fully cooked into a delicious meal for less than 25 cents. Others sell the best chai tea I have ever had for less than that, and others sell fresh, delicious milk squeeze from a cow that day. And more than that, a man comes by every single morning to take our trash, for how little or much that may be. There is a service for everything here, and even though it saddens me to see people in such a poor condition doing such simple work, you can sometimes see a passion within the work that they do. Barbers put tedious passion and effort into a perfectly clean shave (with a brand new razor out of the package, for those concerned about hygene), haircut, and head massage for less than a dollar. In my opinion, its the single greatest convenience of the entire trip, and some of my housemates have already made great friendships with these amazing people.


I met a new friend, Noah, who has been out in India since July 2010 on the last EAP program from UC Santa Cruz. He gave us some extremely valuable information and has brought us to some ridiculously delicious restaurants and chai wallahs. Nick went out with Noah and collected some extremely rare and valuable records from a store down in Old Delhi. Bollywood records, I have recently learned, have an extreme value in the US, and it looks like Nick has a great opportunity to make some good money off such a plethora of ancient gems. Pretty awesome. We've spent a few days with Noah, drinking beers and playing blue grass music on the rooftop late into the night. 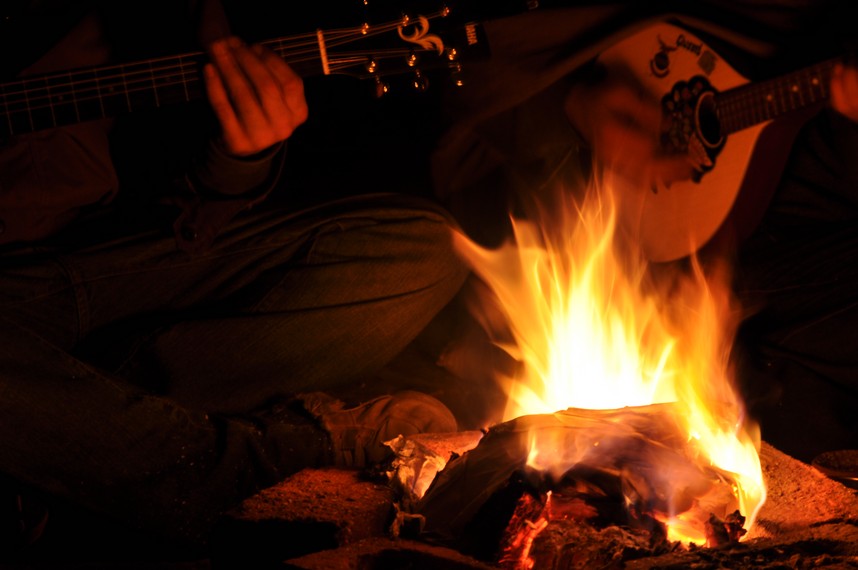 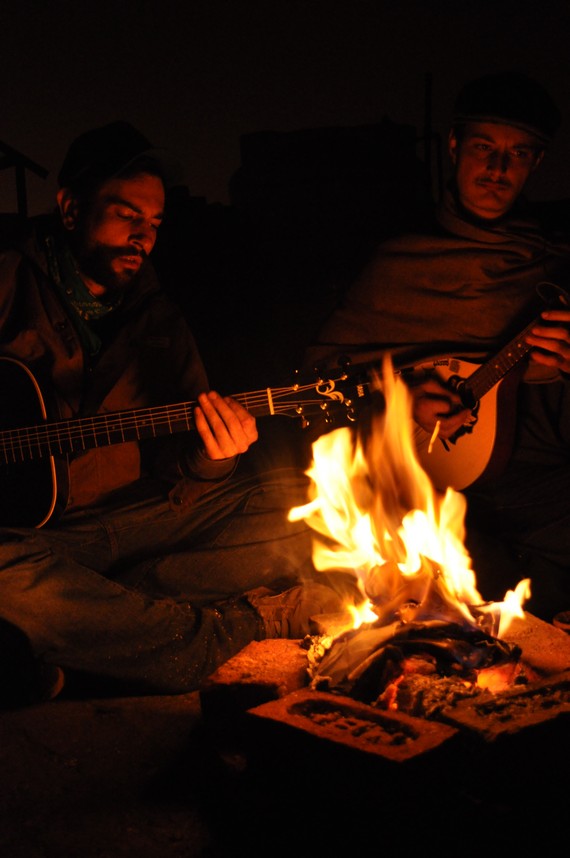 School is absolutely amazing. The Sociology department here is really good, and the subjects I am covering are already fascinating. It's supposedly one of the best departments here at Delhi University, so I am looking forward to learning about Religion and Society (my first class) and the Sociology of India (my second class). Each one is taught, interestingly enough, by two professors. It sounds like this could be very chaotic, as India's organization problems also apply to every department at the school. As long as I know what I have to get done, it should be smooth sailing... haha, smooth sailing... right... 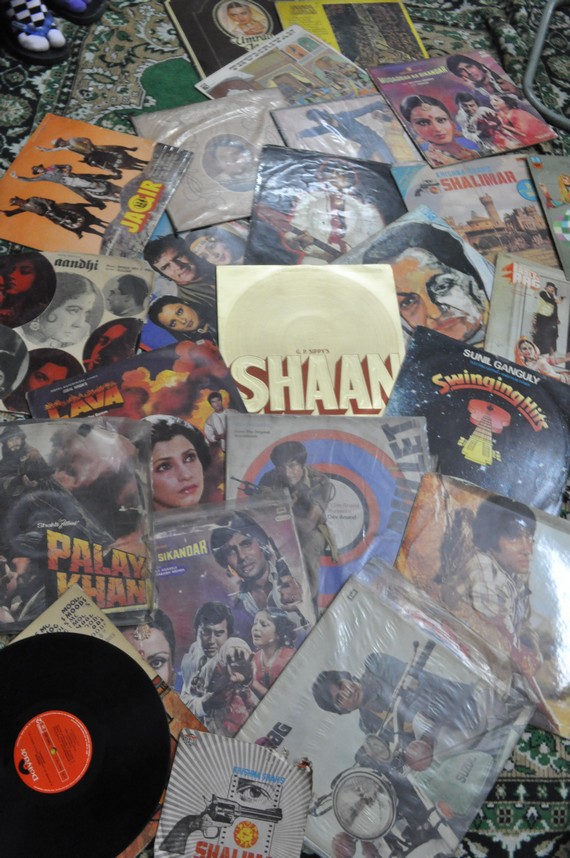